B n' B Kreationz

We haven’t mentioned much about the shop yet or started on any tutorials, as hard as I’ve been trying to get it all running smoothly, it’s been difficult. I’m hoping in the next coming weeks to get everything in a semblance of order. I hoping to be able to make one post a week on here, with different varying content. That should be rolling into being at the beginning of May.

Now on to the shop update… During the month of April we have had the addition of quite a bit of 1:12 scale bedding and pillows. 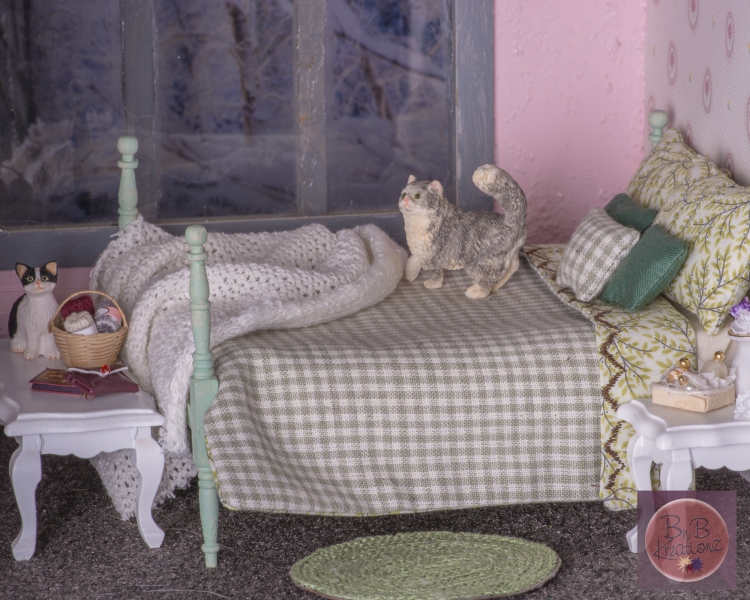 Lots of modern and rustic or country chic have been added with brights colors and pastels are coming up next. We have also started to begin to carry more 1:6 scale and some 1:24 scale is on its way.

The majority of the items that are on their way are soft things bedding, pillows, and such but their are also some furniture pieces that are getting ready to make their way into the shop.

Blog wise I want to introduce you to our other house, a log cabin, and I also have two simple tutorials in the works.

Before I go, I’ll show some of the pillows that have been added to our shop BnBKreationz on etsy. 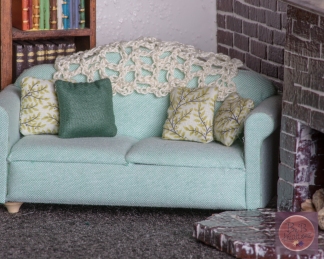 The couch in the living room 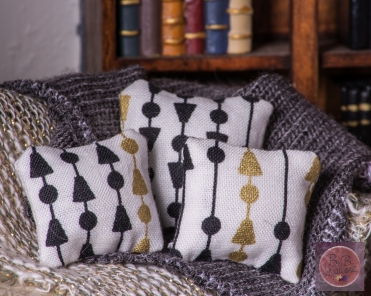